With the warmer waters pushing south with the EAC in close, marlin numbers start to increase in the warmer months with the peak typically during February and March, particularly black and striped marlin. It can also be a good time to push wide to search for a big blue marlin.

The continental shelf is just 18nm off the coast from Merimbula, one of the closest points along the whole coast.

It provides plenty of structure that holds bait almost all year round which in turn attracts plentiful gamefish species.

The FAD is also great for light tackle fishing for mahi mahi (dolphin fish) also provides us with an excellent area for targeting striped marlin. 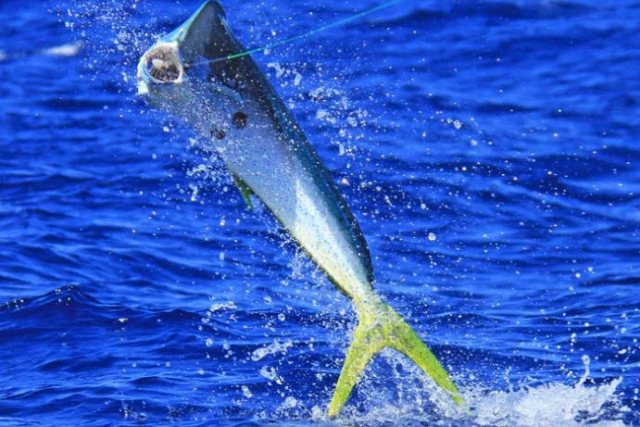 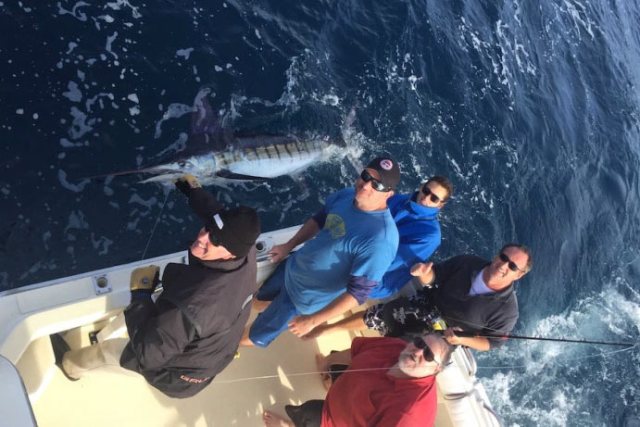 Over the years, plenty of fish over 400b have been caught here.

On Head Hunter the vast majority of our marlin fishing is done with teasers and skip baits which is a great fun way to fish for anglers fromthe novice through to experienced angler. We fish light, medium and heavy tackle.

Off Merimbula we often get bait balls with several fish on them, making for some awesome visual fishing.

The average sized striped marlin are in the 60-90kg range with the late season fish mostly all over 100kg.

On occasion we will also troll lures to cover ground and find the fish. 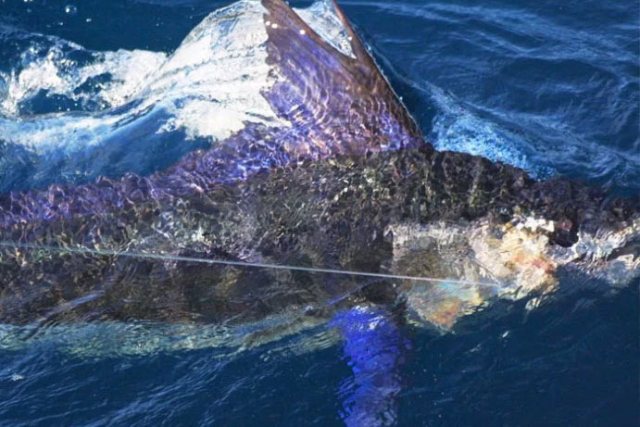 Merimbula is a perfect holiday spot and ideal for a plethora of water based activities beside the great fishing including surfing, swimming, scuba diving, sailboarding and canoeing. Wavesailing, kitesurfing and SUPs (stand up paddle) many of which can be enjoyed in the relative protection of Merimbula Lake.

The region is also known for its great seafood including locally produced award-winning oysters. More…